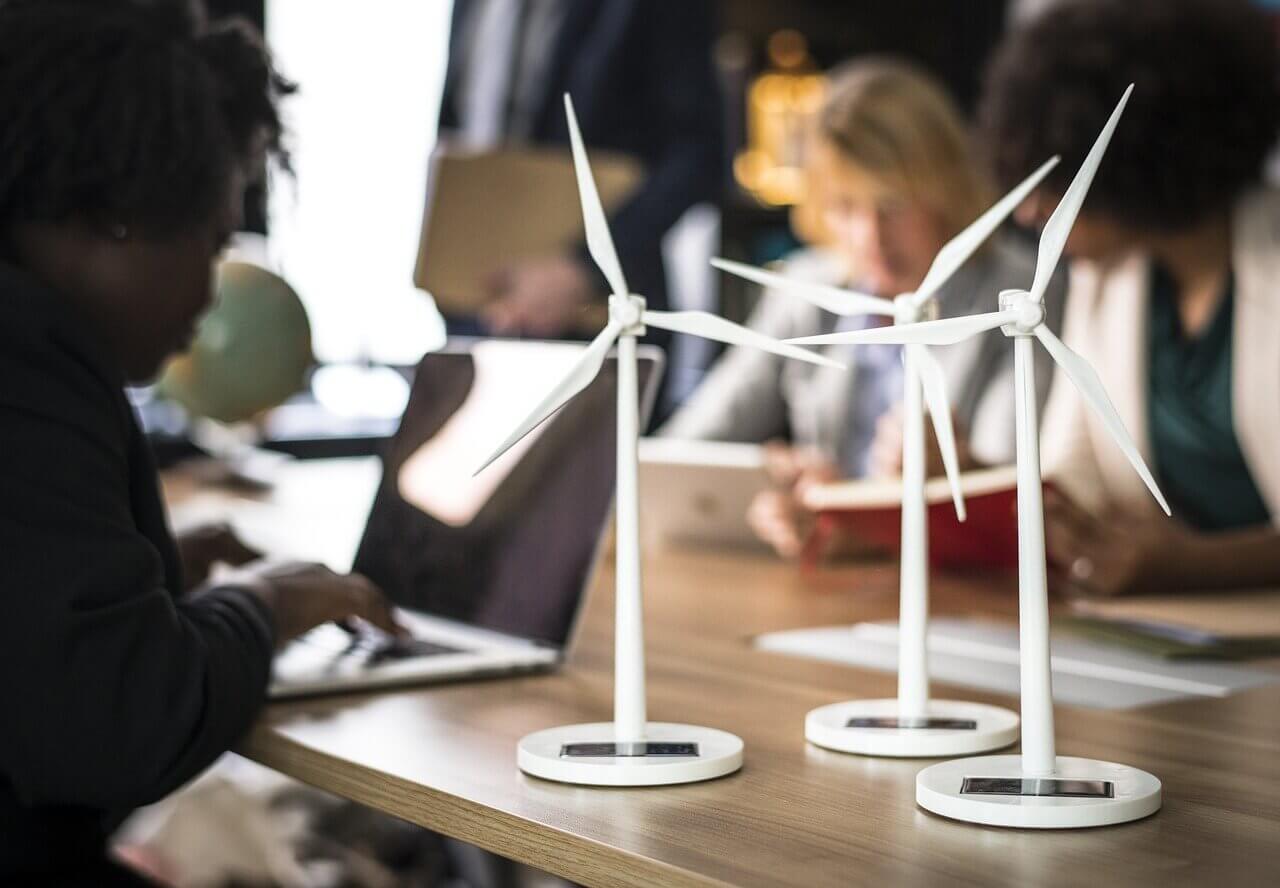 How To Do Business Sustainably

You might be feeling blue, but today we're going to be talking about how to feel green and do business sustainably. If you're a millennial, a lot of you are minimalists and you might already be doing a lot of things in a green way without thinking about it, and minimising your carbon footprint from your efforts. If you've been in business for a while though, maybe you're still wearing your suspenders to hold your pants up and you're looking up people's names in the yellow pages and white pages! If so, there's a steep road ahead here, but we're going to start small and go from there. Know that every single step is going to be ultimately bettering your position and making your business more environmentally sustainable.

So, one of the first things that we did in business as a company that predominately sells digital items or services is that we realised we will be a big electricity user. So, we wanted to offset that, but we wanted to start small first. So, we changed every light throughout all of the offices, from CCFLs (or fluorescent tubes as they're more commonly known) to smart LED lighting. With smart lighting, you can get a 60-watt output with an 11 to a 15-watt bulb, and you can have them so they're automatically controlled by timers or from your phone or other tech devices, such as an Alexa unit or Google Home.

You can have all of these lights turn on and off at certain times. It saves you a lot of time, a lot of hassle, and you have the lights go instantly on. So, if you're in a manufacturing environment, or anywhere where there are high bay lights, you will be used to waiting for those suckers to heat up to get to full warmth. You know that if they turn off instantly, waiting for them to turn down before you turn them back on is vital so that you're not shortening the life of their bulbs significantly. Well, those days are over as you can replace all of those with smart LEDs as well. 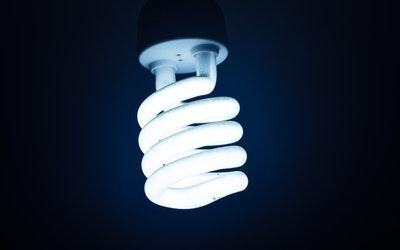 That is great for your electricity bill, because if we look at the CCFLs versus LEDs, LEDs use less power, last for longer, allows you to change the temperature of the light, and you can change them to more than 16 million colour options. You can change the warmth of the office lights so they're not as harsh in areas where you might be reading and they are very sharp in areas such as your high bay lighting systems.

They are going to save you thousands of dollars if you're in a manufacturing environment. When you have to get a crane to get the lights down and change the lights, you can be talking $300 or more to have a light bulb changed out. The LEDs last for 20,000 hours, turn instantly on and instantly off, and they draw significantly less power. With all the different smarts that have been put into them now, they are really cool stuff.

You can make a full C-Bus style system significantly cheaper without having the know-how. Depending on the size of your business, obviously, your mileage varies, but LED lighting saves a lot of money short-term and longterm after the initial investment.

Now that we've got the lighting under control, let's look at your paper trail. So many companies print out an invoice for this and an invoice for that and give it across to the bookkeeper or the client for whatever the situation might be. There's all this paper handling, and that's a problem for several reasons. You've got all these big heavy printers that need maintenance, the cost of the paper, cost of the toner and the storage costs.

If you've got a business that runs predominately on paper, you're going to have lots of filing systems and filing cabinets, and even if you've got a great system for storing everything, that's still a lot of real estate that can be used for better things. So, converting everything across to a digital format, even if you continue using the paper-based mentality and you print to PDF, share files through Dropbox will significantly drop down the amount of paper that you use.

I've been in business now for 11 years, and in the 11 years that I've been in business, I've got one and a half filing cabinets full of stuff. Yep, that's everything. As you know, I don't even need to be keeping it for that long. When I fill up the next half, I'll then consider going through and clearing it down to the seven years that you need to be keeping. That is where businesses should be at. You shouldn't need to have a big paper trail. Get your bills delivered to you digitally. Most, if not all bookkeepers and accountants are accepting them like that now, so there's no reason that you should be having a paper statement sent to you, costing that company greenhouse taxes.

Instead, think of it as a whole thing when you're trying to save and become more green aware. If you look at it as a big picture, you'll be able to help all the businesses out, minimise your amount of paper, minimise the amount of storage, minimise everything!

Now that we've removed paper and the lights that you needed to read it, the next step is to move on to the hardware that you use within your business. A lot of businesses have computers, nearly every business relies upon them to survive. Nearly every business has computers running every day and night but they don't need to be. You should be able to get your IT company to show you a report that shows exactly how much electricity each of your systems is using. Now, depending on the level of expertise that you're dealing with might depend on the amount of data they're going to be able to give you. But, for instance, with our systems, we're able to show exactly how many dollars it's costing you for each of your systems, and we can then set up different policies to make sure that all of your computers turn off at a certain time, and then they turn back on automatically the following morning.

We put this in place as a trial run at a school with Education Queensland. This saved them $450 a week in electricity by turning their computers off at 6:00 PM,  which is when all their alarms turned on. Everything turned back on at 6:00 AM in the staff rooms and 7:30 in the classrooms. That meant the computers were ready to be used while saving them $450 a week, which is just a ridiculous amount of money when you think about that. They were not being used and they were just sitting there, churning power. Silly, silly stuff. That is a really smart, simple way to save electricity. It all compounds, even if you've got a smaller office, that'll all compound and you'll save money pretty easily.

Time For An Extreme Step! 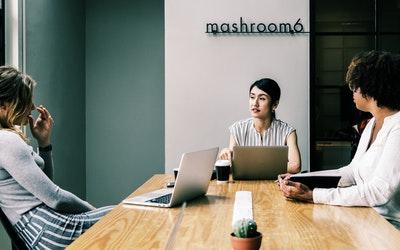 The next step is getting pretty extreme. As I said at the start, we have a lot of infrastructure and data centres throughout Australia. The way we've offset that is by putting killer solar systems on the roof. We've got huge amounts of power that we're able to export, and we're talking megawatts a month.

Not only are we just exporting that power, but we are also storing that electricity within batteries. We've got battery banks that weigh tonnes and tonnes to support the power that we require an evening to support all the different hardware that we have in place. This is a bit extreme and the set up does cost quite a bit of capital initially, but then you're not paying for electricity onwards from there.

If you're thinking green about it, you don't even need to have the panels on the roof of wherever your business is. You might be in a retail environment in the middle of a store in a shopping centre. You can't just chuck some panels up there. But if you know that you've put panels on your home, you can then know that you are offsetting your electricity and you're stilling doing the best thing that you can be doing for the environment.

So, in closing, check out your light bulbs, change them across, even if you're doing it in phases. If you've got big high bay arrangements, you might not want to have the full initial cost of everything up front. But start to change your lights across. Minimise the number of paper requirements that you have in your business. Maximise the efficiency of your workstations and any of the equipment that can be turned on and off on a schedule. Then, look to storage and electricity alternatives that will save you a bunch of money. Hope this has been of help, and you all stay good!